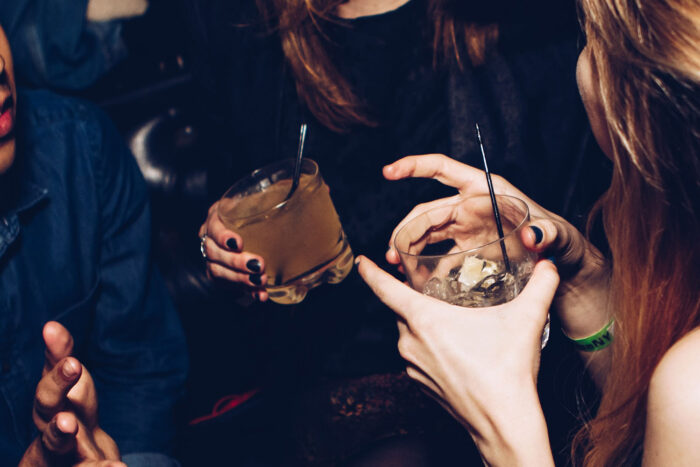 Accused of or charged with a DUI in the Brevard County, Melbourne, Palm Bay, Cocoa, Titusville, Rockledge or Cape Canaveral area?

If you’ve been arrested for or accused of a DUI, your reputation, record, livelihood, and even your freedom may be at risk. But now is not the time to sit back and give up.

Florida boasts some of the toughest DUI penalties in the country, with a DUI conviction in the state unable to be sealed or expunged, and staying on your record for 75 years, in addition to steep penalties.

But just because you’ve been arrested or charged doesn’t mean that you’re guilty.

At Germain Legal, our team of experienced, talented, and aggressive DUI defense attorneys are eager and ready to go to bat for you. One call or message is all it takes to have your case evaluated.

We treat each client like family. And we always fight hard for family.

Benefit from the expertise of DUI attorneys that rank among Florida’s finest, and a custom-tailored defense strategy designed around the unique circumstances of your case.

Facing the weight of the Florida court system and aggressive district attorneys can be a trying and daunting experience. But it’s not one you have to face alone.

If you find yourself in troubled legal water, reaching out to a local Florida DUI defense attorney in Brevard County is a vital step in asserting your rights and innocence in a court of law. Unlike other types of criminal charges, DUI cases are unique, requiring specialized knowledge of trained Florida DUI lawyers who have a successful track record of defending clients and obtaining favorable outcomes in the state.

DUI Cases are Not Slam Dunks for Prosecutors

Despite what you may have heard, DUI cases are not ‘open and shut’, with several viable avenues of defense to explore in order to achieve a favorable outcome.

Our firm’s depth of knowledge and extensive experience defending DUIs in and around Brevard County, FL, gives us an edge when navigating the sometimes-complex local court systems.

We’re ready to protect your reputation, freedom and ability to drive.

Acting FAST is Necessary to Protect Your Right to Drive

In Florida, those who are charged with a DUI in the state face several challenges requiring immediate attention. While the court system might move slow, with cases often backed up, there are impending deadlines that need to be met.

Under Florida law, most DUI arrests where a blood alcohol concentration is measured at 0.08 or higher will result in an immediate suspension of your right to drive. As a first step, a DUI attorney from our firm will immediately seek to challenge and appeal your administrative suspension, arguing for a Temporary Drivers Permit that will allow you to drive to and from your place of employment.

Why You Need an Experienced FL DUI Attorney

Florida takes DUI’s seriously, with prosecutors in Brevard and surrounding counties taking aggressive positions on cases and doing everything they can to get a ‘win’. This makes seeking legal counsel from an experienced DUI law firm imperative.

Did you Know that After Being Charged with a DUI in Brevard County May Result in:  *Dependent on several factors such as involvement of minors, number of offenses, and more…

These penalties can have lasting and significant consequences on your personal and professional life. Don’t let a DUI put these and more at risk, know your rights and reach out to Germain Legal today to connect with a team of talented DUI lawyers who will have your back from day one.

Our firm is known for aggressive representation, and a steadfast commitment to doing everything we can to obtain a favorable outcome. Put our years of experience to work for you, and let us do what we do best.

From independent investigation, to uncovering new evidence and finding vulnerabilities in the prosecutor’s case, we won’t rest until we the verdict is handed down.

As a client-first criminal defense law firm, we are passionate about getting results and have the documented track record to prove it.

Under the state laws of Florida, DUIs are generally prosecuted as a misdemeanor. However, a third offense may be prosecuted as a felony. Fourth or greater offenses are automatically considered a felony.

The Process for a Misdemeanor DUI in FL:

DUI laws in Brevard and surrounding counties can be complex, with several factors taking what would have been a simple misdemeanor and upgrading it to a more serious felony with increasingly steeper penalties.

Penalties imposed are governed by the circumstances surrounding the arrest, as well as the number of prior DUI convictions within a given period of time.

Florida DUI Penalties Based on Number of Offenses on Record

*A fourth DUI is always charged as a felony.

Can you Win your DUI Case?

Those facing a DUI in the Brevard County, Melbourne, Palm Bay, Cocoa, Titusville, Rockledge or the Cape Canaveral area might feel like their situation is hopeless and that a conviction is virtually guaranteed.

Despite the difficult task at hand, winning a DUI case is achievable. Hiring the right attorneys is a necessary first step in making this a reality.

Experienced DUI lawyers can often find weaknesses in the prosecuting attorney’s case, new evidence in your favor and more. Even seemingly rock-solid evidence such as a failed breathalyzer or blood alcohol test can be challenged in court.

Favorable Outcomes May Include:

Time is Critical with DUI Charges – Reach out today

If you or a loved one are facing DUI charges, don’t let the chance of a conviction ruin your life. Reach out to our law firm today for a no-cost initial consultation.

Our firm stands ready and eager to fight for your rights and to clear your good name in and out of court. We’re here to help you through what may be one of the most difficult times in your life. Put our Florida DUI lawyers in your corner and sleep easy knowing that you have a firm in your corner that is dedicated to protecting your rights.